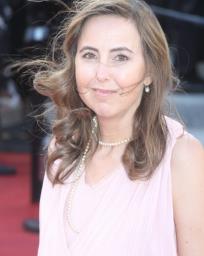 Carlotta Calori is a partner of the Italian Film Company Indigo Film.
She graduated in Economy and Philosophy at Bristol University in the UK, has a Master in “Film and Tv Management” from ANICA. In the Nineties she attended the prestigious Italian National film school “Centro Sperimentale di Cinematografia”, where she met Nicola Giuliano and Francesca Cima.
Previously Carlotta Calori worked for Orbit, a satellite Pay-tv company, as a producer of documentaries and cinema programmes and as a senior producer of the cinema channels. She also worked for Film-alpha, producing films and TV series.
Amongst other things, she takes care of Indigo’s international co-productions.