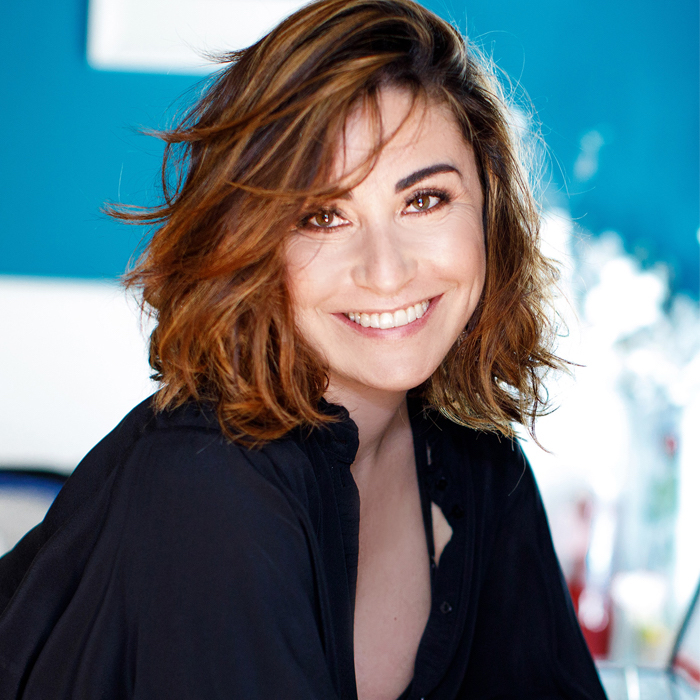 Manuela Cacciamani began her experience working alongside world-famous directors such as Martin Scorsese, Stephen Soderbergh, Wes Anderson and Terry Gilliam. In 2006, she founded her film and audiovisual production company One More Pictures. Also since 2006 she has been a partner in Direct2Brain, VFX, post production company and software house.
Plot, Talent and Technology are her passions
She was a teacher at the Holden School where she taught a crossmedia course and at the IED academy where she taught video design.
In 2018 she realized with Rai Cinema the national contest “The Reality That Doesn’t Exist” to select new authorial ideas to be realized in the traditional version and in the new formats like Virtual Reality and Video Mapping. The completed projects were presented as special events at the Venice International Film Festival # 76 and # 77. The third edition is scheduled will be presented in November 2020.
In 2020, during the lockdown for Covid-19, he conceived and created the Posso.it, a participatory platform, a free digital portal in which each individual user can make their time and knowledge or skills available to help other users. A digital social support tool.
In the same year she obtained the role of Chief Digital Officer of Videocittà, the vision festival dedicated to audiovisual and the contaminations.
Manuela has two offices in Italy, one in Rome and one in Latina, with about 50 collaborators including managers, 3d artists, video operators, programmers and software developers.