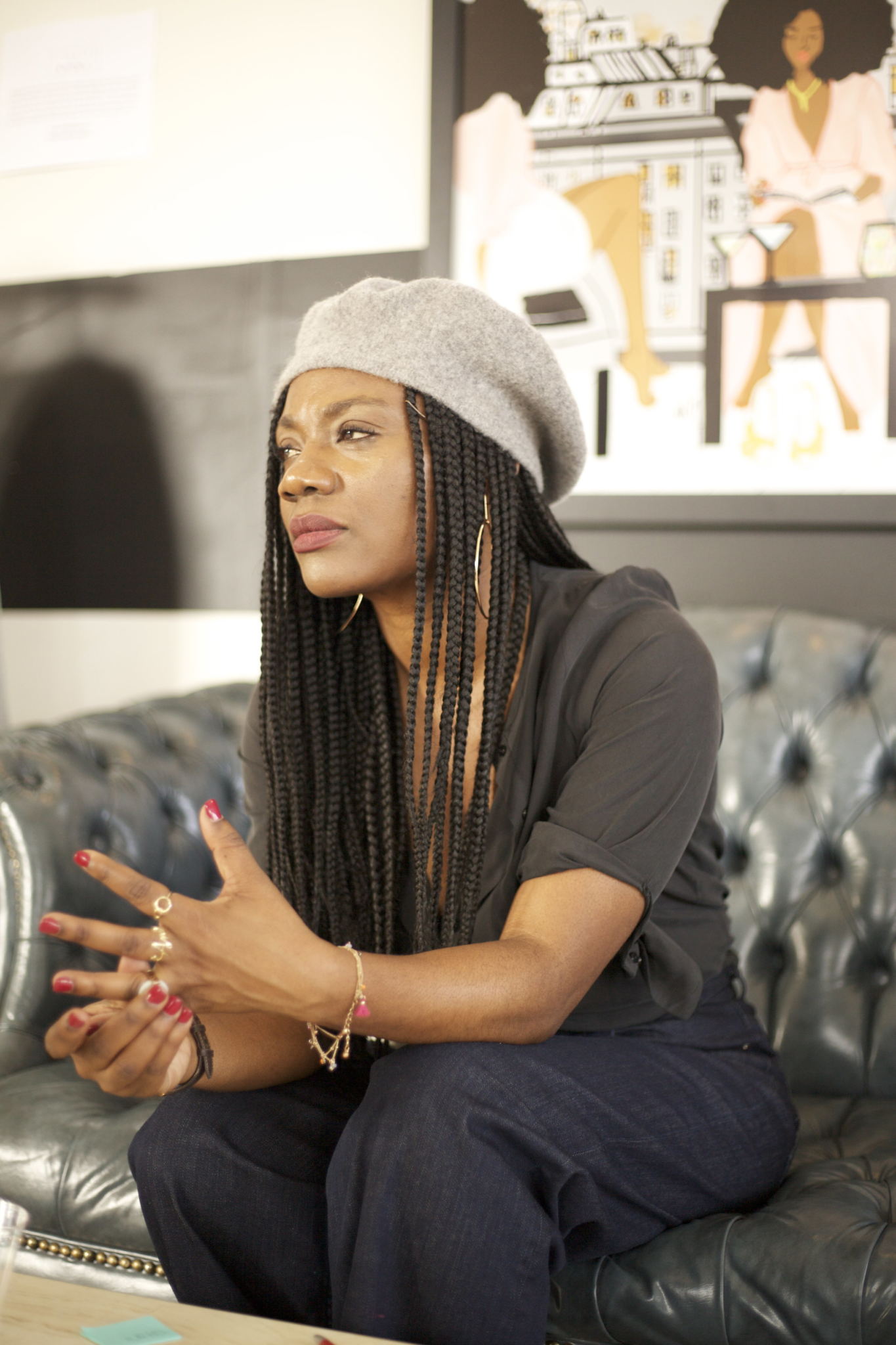 Nicholle Kobi is an Afro-French artist based in New York since 2018. “Nicholle Kobi opened her art and design studio in 2014 in Paris, France”. The spirit of Nicholle Kobi Maison is filled with love of sisterhood and women.
Nicholle Kobi’s art is mostly directed towards black women, independent, modern and not afraid to break the codes. Especially for Afro women in predominantly European societies.
You may wonder why?
Simply because living in the western society observing how unrepresented black women were, she realize that her purpose was to use her art and her God given talent, to convey the culture, Afro-heritage and aesthetic of blacks with no cliché or stereotypes. For a long time black women image has been dehumanized. The goal of her art is to give a platform and a spotlight to people that are invisible in Art, such as plus sizes people or physically impaired ones. She wants to teach these young girls that all kinds of beauty deserves to be represented in the world. Aesthetics and Art should cross boundaries because it is universal. Being different is a Strength.
Her artwork has appeared in Marie Claire, Glamour, A+, BBC, HuffingtonPost, Quartz Africa, Elle Magazine, Jeune Afrique, Ebony, Essence, BET.com, ABC Studios (Grey’s Anatomy), NubianSkin, Ouidad, HarperCollins, Hallmark, Papyrus, Starz (Ghost Book II), and many others.
Her work has been featured in exhibitions in Paris, Toronto, Montreal, NYC, LA, San Francisco, Houston, Dallas, Amsterdam, London, São Paulo, Rio de Janeiro, Atlanta, Johannesburg, Buenos Aires, and many cities across the United States and the world.
Nicholle is currently working in upcoming animation shows with Netflix and Viacom (BET) and her new book Les Noire Parisiennes.