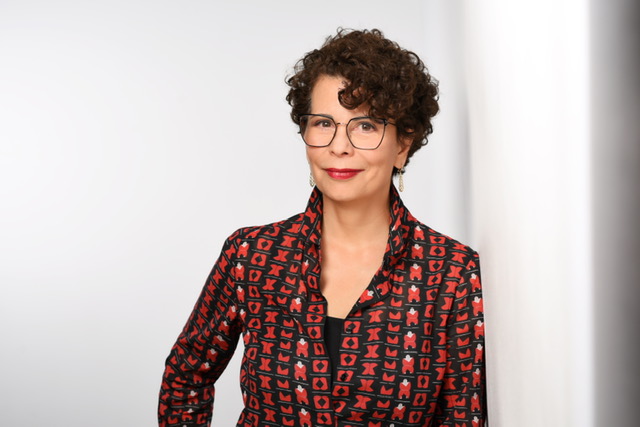 A pioneer of international productions, Bauer most recently served as partner and creative force at  STUDIOCANAL TV, (previously known as TANDEM Communications, which she founded in 1999). During her time at Studiocanal, she steered their TV content offering to provide a full studio service including international co-production strategy, business affairs, finance and worldwide sales to support Studiocanal’s growing roster of production companies across the global market. She began her career at Alliance Communications, finishing there as President of their subsidiary Alliance International TV, where she managed several international offices out of its Paris headquarters. She later moved to Munich to work as a buyer at ProSieben TV Network, where Bauer oversaw their international series and co-productions efforts.

As Executive Producer, she oversaw the complex co-production partnerships of several major international networks including ZDF, Viaplay, CANAL+, CANAL+ Poland and NPO for the gritty dramatic thriller Shadowplay, from Mans Marlind, and produced by TANDEM Productions and BRON Studios. Previously, Bauer has produced some of the world’s most revered English language series including, The Pillars of The Earth, Crossing Lines, Take Two, and will serve as an Executive Producer on the upcoming The Man who Fell to Earth.

Bauer oversaw premium scripted content for Studiocanal ProdCos including the series Years and Years, and War of the Worlds, while also spearheading acquisitions for the global hits Midnight Sun, The Last Panthers, and Below the Surface. On the international coproduction and distribution front, she handled the highly anticipated ZeroZeroZero, as well as Harlan Coben’s SAFE, her third Coben series, for Netflix and CANAL+ Group.

She led the development and orchestrated the funding of detective series Take Two, the U.S./European co-production from TANDEM Productions, Milmar Pictures and ABC Studios. She has been instrumental in shaping numerous other international productions, including The Child in Time for BBC 1, in co-production with MASTERPIECE; in addition to the successfully rated War of The Worlds, a CANAL+ and Fox Networks Group (FNG) co-production and the highly acclaimed Years and Years for BBC 1 and HBO. She also structured for Studiocanal TV a number of streaming originals with Netflix and Amazon – such series as Howard Overman’s The One, Harlan Coben’s Stranger, Roberto Saviano’s ZeroZeroZero and Julie Delpy’s On The Verge.

She has earned the prestigious Medaille d’Honneur for her outstanding contributions to the international television business, was named on three consecutive years to Variety’s first International Women’s Impact Report, honoring 50 women doing extraordinary things on the global stage, and has been named by The Hollywood Reporter as one of the 25 Most Powerful Women in Global Television. She sits on the International Emmys Board (iEmmys) and NATPE board, and is a member of the PGA and Primetime Emmys.